The Archaeologiacal site of Maratta Bassa 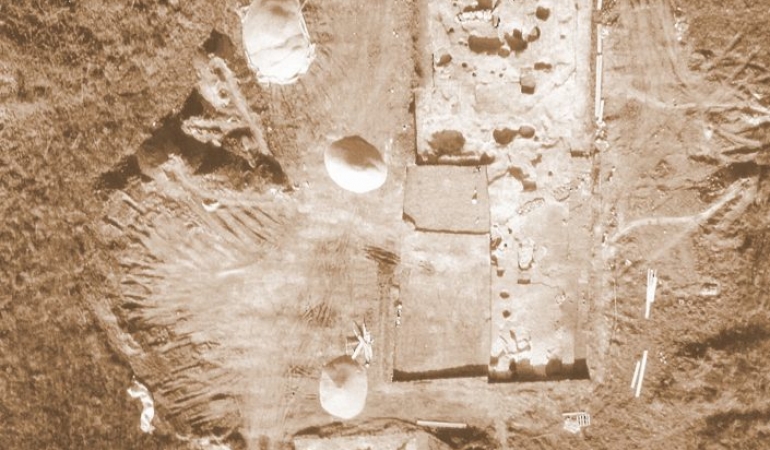 Important evidence for reconstructing the proto-history of Terni and the urbanization process of the area where today's city stands is represented by the findings that emerged through the archaeological investigations conducted in the Maratta Bassa area, in the outskirts of the city. The discovery of lithic and clay material on the surface during the twentieth century led to the hypothesis of the presence of an archaeological site, thus inducing the Superintendence for Archaeological Heritage of Umbria to undertake in 1999, after a preliminary survey, the first excavation works in  Maratta Bassa, Strada di Casanova location. The survey revealed an extensive archaeological area, only partially explored, which used to be a settlement of the Naharti, a population of the Umbrians who settled in the valley of the Nahar (present-day river Nera) river. This proto-urban center, probably formed between the ninth and eighth centuries BC. and still inhabited in the 6th century BC  was located just above the level of the river, which flows a short distance to the south. The excavations have brought to light holes relating to the poles of the housing structures (huts almost certainly delimited by walls), drainage channels as well as circular and rectangular pits that served as deposits or drains. The remains of small kilns, dug into the natural sand bank similarly to the aforementioned testimonies, attest that there were also activities for the production of pottery. Another activity in use was that of spinning, to which the numerous loom and spindle weights present among the materials found belong. The earthenware is considerable, consisting of both locally produced and imported specimens-the latter finely crafted in black bucchero and figuline clay. The finds also include various fragments of bronze and iron objects and the remains of kalyptères (ridge tiles) used to cover the housing structures and similar to those found in  Etruscan settlements. Many of these materials, together with those from another settlement discovered in an area of ​​the city center, are exhibited in the pre-Roman section of the "Claudia Giontella" Archaeological Museum in Terni.