The Church of the Madonna del Carmine 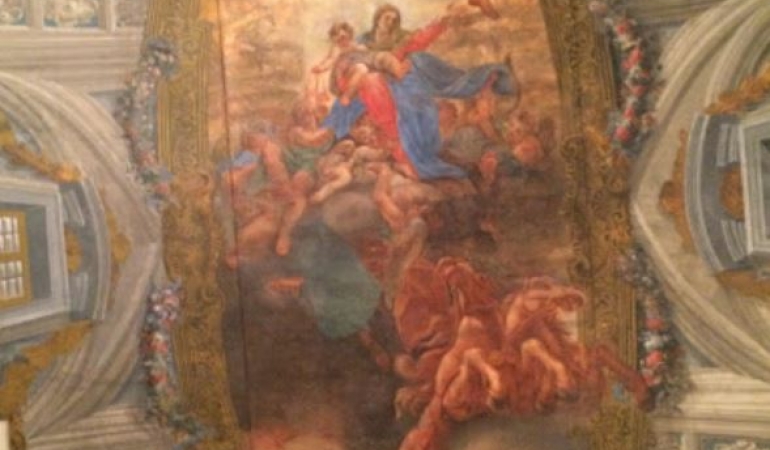 The Church of the Madonna del Carmine was originally a chapel built in the early 1600s to house the fresco of the "Madonna with Child" painted between the end of the 14th century and the beginning of the next one on the outer wall of the Roman Amphitheater. The construction of this place for the veneration of the sacred image, to which the Terni people were particularly devoted, was the work of a lay company which, with the recognition of Pope Clement VIII, became the Confraternity of the Carmine. Acquired more property from the bishop's possessions, the Confraternity started the works for the extension of the chapel, which involved the demolition of some parts of the Amphitheater on which the religious building was built, using portions of the wall structures. The last phase of the work, which lasted for a long time, involved the construction in 1783 of the brick facade that reproduces late sixteenth-century forms. The interior has a single nave and houses beautiful paintings. On the main altar you can admire the fresco depicting the Madonna, which was detached from the wall of the Roman monument, where it had been protected with a canopy, after the construction of the primitive church. The other remarkable paintings are the cycle of "Stories of the Madonna and the Evangelists" which decorates the dome, executed by Ludovico Carosi in the first half of the seventeenth century and the large ceiling canvas made by Pietro Taloni and Paolo Barla in the early eighteenth century, in which is represented "the Madonna del Carmine and Elia on the chariot of fire". The church, deconsecrated,has been converted into an Auditorium.