The Church of the Madonna dell'Ulivo 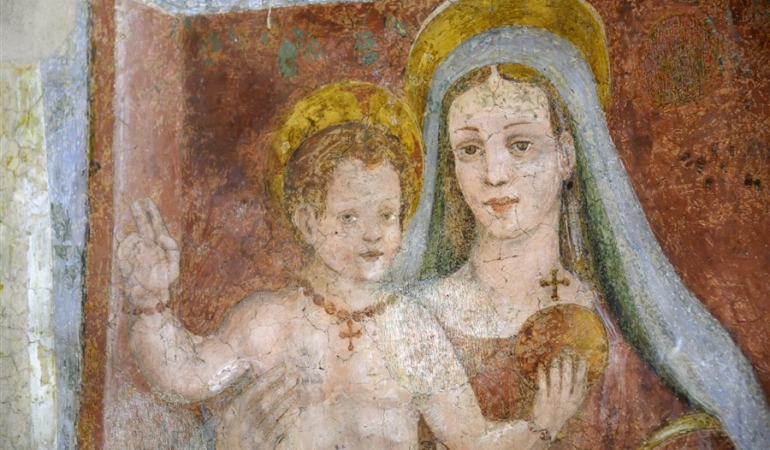 Protected by a spur of rock on which the remains of a watchtower stand, and surrounded by the olive trees of the hilly area of ​​Piedimonte, on the outskirts of Terni, the church of the Madonna dell'Ulivo is a place pervaded by a mystical silence . It is also a place that, due to its particular position, offers a wide view of the Terni basin. The church, which has been documented since 1275, is consecrated to San Giovanni Battista for which it was originally called "San Giovanni Battista in Piedelmonte", to which the nickname "Madonna degli Ulivi or dell'Ulivo" was added in the mid-nineteenth century ". In fact, in 1843 a magnificent fifteenth-century fresco with the image of the Madonna and Child was brought to light inside the building, which the bishop of Terni Vincenzo Tizzani called "Madonna degli Olivi" and which became an object of popular worship. The church, whose original structure was enlarged and modified in the 1500s, has remarkable frescoes. In particular, in the same chapel where you can admire the painting that identifies this sacred place, there is a fresco of "Sant’Antonio Abate", portrayed in an architectural structure - also painted - that covers the entire back wall. The work is from 1567, as stated in the inscription on the base. Other valuable frescoes decorate the left wall of the building, including a depiction of "St. John the Baptist" made at the end of the fourteenth century and a beautiful "Madonna di Loreto" from the end of the next. On the other hand, the "Crucified Christ and figures of Saints"- with a lake landscape on the background- painted on the altar wall is from the second half of the 16th century.