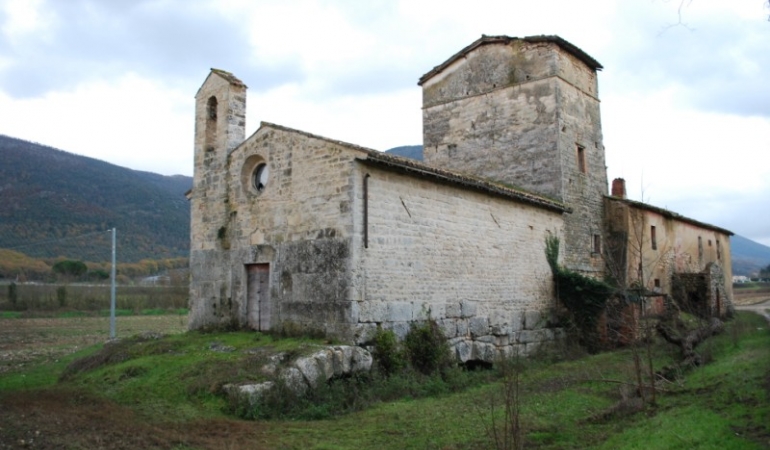 At short distance from Acquasparta, along the stretch of the ancient route of the Via Flaminia that connects this “borgo” to Carsulae, there is a church with simple Romanesque features and built with bare material, whose singularity is that of rising over a bridge of Roman era, built to allow the consular road to span across a stream. The latter was diverted after the construction of the sacred building in the fifteenth century to remedy the frequent floods that occurred in this area. The church called San Giovanni de Butris or de Budes, - the derivation of the name is not certain - is dedicated to John the Baptist, patron saint of the Order of the Knights of Malta to which it belonged. It was part of an important religious complex including the adjacent buildings one of which is tower- shaped, all built on the two arches made with large travertine blocks of the Roman bridge. Inside, in the apse wall fragments of frescoes depicting the titular saint and other images of saints are visible. From this church comes the valuable crucifix from the early 14th century kept in the parish church of Santa Cecilia in Acquasparta.