The Area around the Duomo 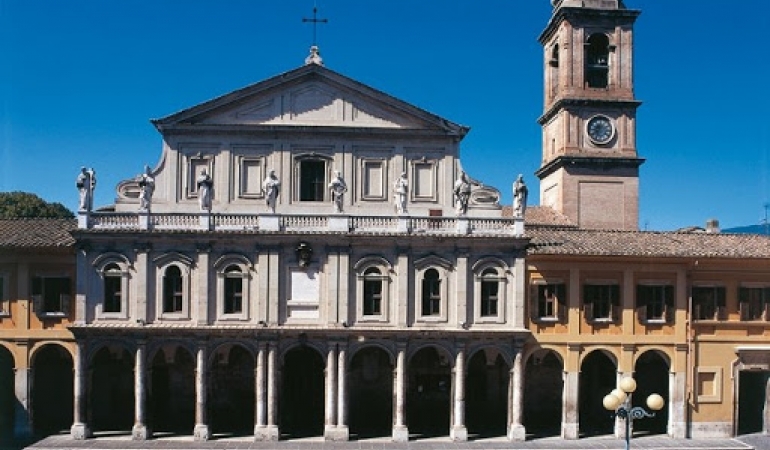 The Terni area around the Duomo is rich in monuments dating back to differ periods of the city's history. The itinerary, partially "enclosed" inside the remains of the Roman and medieval walls, winds through the "heart" of ancient Terni, of which extraordinary vestiges are preserved here.

We can imagine the grandeur of the Roman Interamna, admiring the remains of the impressive "Amphitheater". The construction of the building dates back to the first decades of the 1st century. A.D. The alterations it has undergone over the centuries have left the elliptical shape of the building intact, just as the building technique in opus reticulatum bicromo is still clearly visible. The connecting point of the neighborhood is the harmonious Piazza Duomo on which the majestic "Cathedral of Santa Maria Assunta" with its large porch, which dates back to the early centuries of Christianity, overlooks. The Cathedral, as we know it today, has undergone several expansions and alterations starting from the original structure in Romanesque style, of which the central portal remains decorated with racemes. Of significant artistic interest is the Organ built in 1657 which is believed to have been designed by Gian Lorenzo Bernini. Opposite, the square houses the noble sixteenth-century Palazzo Bianchini-Riccardi which was designed by an illustrious architect, Antonio da Sangallo, though others attribute it to Vignola. At its side, the beautiful fountain by the sculptor Corrado Vigni (the same artist who made the statues that adorn the facade of the Cathedral) symbolizing the Velino river which falls into the Nera forming the Cascata delle Marmore. This area of ​​Terni also includes an extensive green area, the "La Passeggiata" public gardens, partially bordered by city walls, which has lush vegetation.