The Church of San Francesco 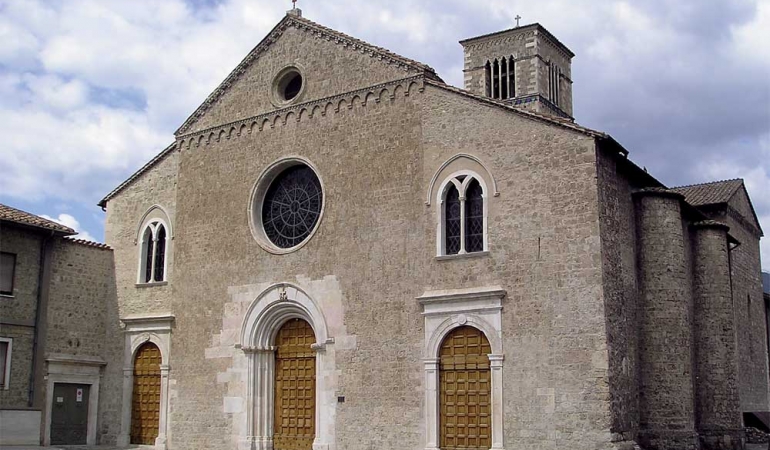 It offers a magnificent scenographic impact, also for its beautiful bell tower with double lancet windows and four mullioned windows that rises above the adjacent buildings. The beautiful CHURCH of SAN FRANCESCO in Terni is one of those places of worship linked to the figure of the Saint of Assisi, not only because when it was built in 1265, the model of the Franciscan order inspired by the Basilica of Assisi was held as a model, but above all for another reason. In fact, near the area where the Friars Minor had the church built, there was the small oratory of San Cassiano, where St. Francis lived during the periods of his stay in Terni. In addition, the church, declared a national monument at the beginning of the 1900s, is one of the places on the Way of Francis, a route that follows the "footsteps" of the Saint, from La Verna to Rome.

Characteristic of the exterior of the building are its gabled structure with a tympanum and the use of sponga stone. Above the Gothic portal of the main entrance there are two oculi of different sizes.

To the original single nave structure with cross vaults, they were added in the 15th century. the two aisles. The building was remodeled during the 1600s and restored on several occasions, especially following the serious damage resulting from the bombing of the Second World War, which destroyed some parts, including the chapel of San Bernardino. From an artistic point of view, the “highlight” is the chapel of the PARADISI family (14th century), to the right of the presbytery. One is dazzled by the splendid frescoes that decorate the walls. Painted by Bartolomeo di Tommaso from Foligno in 1450, they represent scenes from the "Last Judgment".

It's a good bet that that elegant bell tower, embellished with green and blue polychrome majolica, manages to attract even the distracted passer-by. It was built by Antonio da Orvieto in 1445.