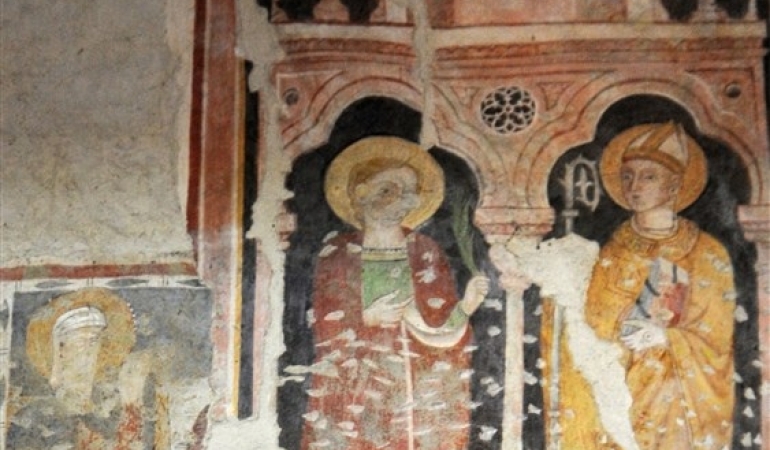 A small side street of Via XI Febbraio, (which crossed what was the noble part of Terni until the end of the nineteenth century, as the elegant buildings that overlook it suggest) leads to the church of Sant'Alò,one of the finest churches in Terni.

This religious building is accessed through a staircase, to whose sides there are two marble lions from the Roman era, built along the right side. In fact, the original facade of the church, dating back to the 11th century, became part of the adjacent 14th century building. In addition to the lions, the church has other “recycled” materials , such as the columns and pillars that divide the interior into three naves and the early medieval friezes. The interior is decorated with many frescoes, unfortunately not well preserved, painted mainly in the fifteenth century. Among the depictions of Saints we note San Sebastiano, who according to the beliefs of the time protected the city from the plague.  The Crucifixion on the front wall instead was painted in the XII century.