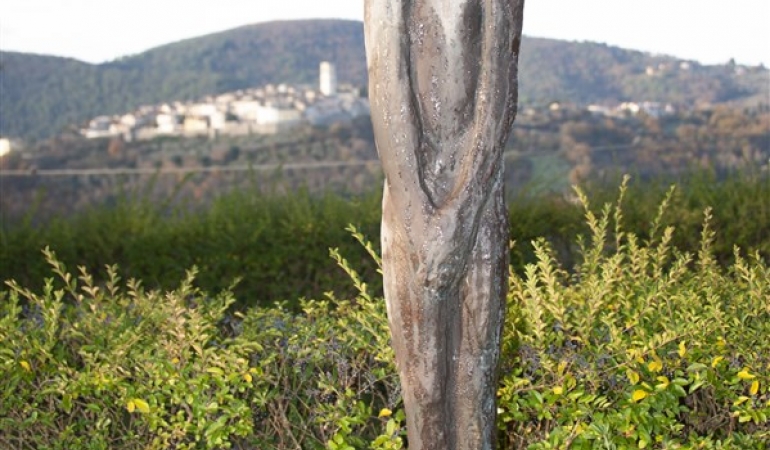 Torre Orsina is a hilltop village overlooking the Nera river valley, just a 15 minute –drive from Terni. It is worth a visit not only because of its fine monuments dating back to the past such as the church of Santa Maria and the buildings which belonged  to noble families but also because here is “De Felice Park”.

Aurelio De Felice was one of the most outstanding italian sculptors of the 20th century, though he used to be a painter and a poet as well. He was born in Torre Orsina where he worked throughout his life. Close to his house (in which there was also his atelier) lies a Museum under the open sky where on display are copies of some of his best-known sculptures. This place also offers a stunning view of the surrounding landscape featuring the Marmore Falls and the medieval hamlet of Collestatte.

The Museum of Modern and Contemporary Art of Terni ( it is located in the Arts Centre CAOS) besides being dedicated to Aurelio De Felice, also houses a large collection of his artworks.