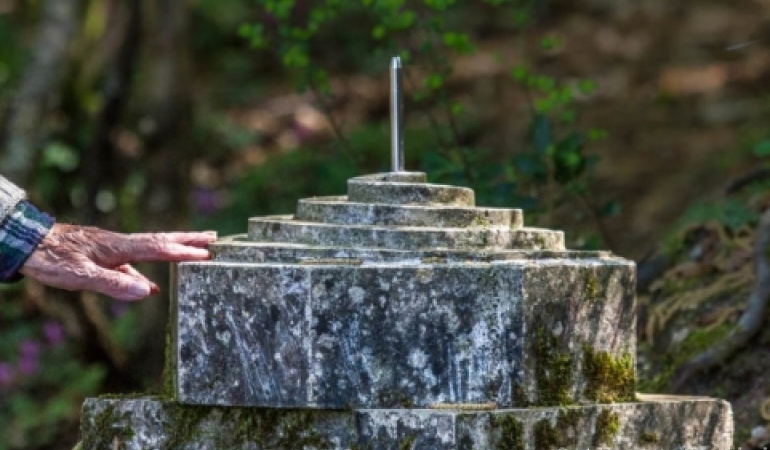 Did you know that in Umbria, you can touch the exact point of the geographical center of Italy yourself? According to a series of checks conducted by a scholar and passionate geographer, a few years ago the geographic center of peninsular Italy was identified and then formalized.
The point is located right in lower Umbria, along the route of the Roman aqueduct of the Formina, near one of the most suggestive Roman bridges in the city of Narni, Cardona bridge.
Once you arrive in the beautiful medieval town of Narni, 12 km from Terni, the place can be reached by following well-marked trails, in an oak and holm oak forest, with possible mountain bike travel.
The exact point of the geographical center can be easily identified as it is marked by a memorial stone with a spiral relief ending with a steel element, which allows the visitor to physically touch this ideal point which ... reportedly brings luck to the "wayfarers" local.

Ponte Cardona has also been reported as one of the FAI "places of the heart".