The Foresteria building of the Terni Company 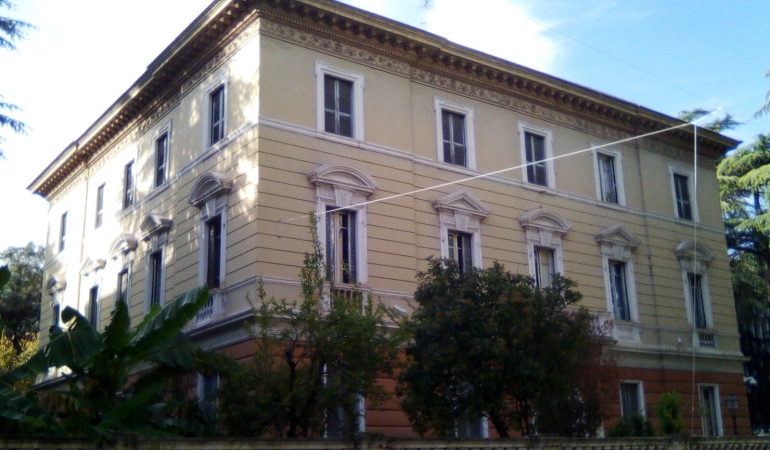 There is an elegant building at the intersection of Corso and Piazza Tacito, surrounded by a garden with beautiful tree vegetation. The former Foresteria of the Terni Company is an icon of Terni's glorious past linked to the history of its largest industry, just as prestigious is the past of this building, built in the early twentieth century. It was commissioned by the SAFFAT Company (Società Alti Forni, Fonderie, Acciaierie Terni) which by creating and "exhibiting" a valuable property - overlooking the new road axis of Corso Tacito - would have given prestige to the image of the Company, becoming a symbol in the heart of the city. Initially the building used to be a residence for the directors and senior officials of the Company but already during the first decade of the century, it also became the representative office and guesthouse for the distinguished guests of the Plant management. This role is well evidenced by the furniture, paintings as well as cutlery and linen purchased by the Management, which thus endowed the building with a set of expensive goods also suited to the status of the people who resided there. In the twenties SAFFAT took in the company for calcium carbide, forming the Terni company. During the period of the air raids of the Second World War, the building suffered serious damage. The restructuring it underwent, as well as the maintenance carried out over the years, did not alter its original appearance overall. There are gable windows, decorated stringcourses and refined shelves under the eaves. In 1995 the Municipality of Terni purchased the former Foresteria complex (also including the caretaker's house) and currently the premises of the building house the municipal bureaus of the educational and school services and the administrative offices for tourism as well as cultural centers and associations. What used to be the caretaker's house, after an extensive renovation, at present serves as tourist office of the Terni area.