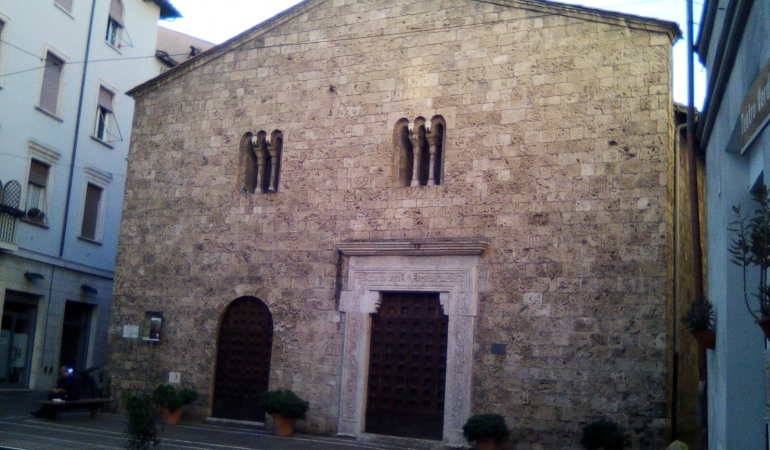 Almost in the middle of CORSO VECCHIO, which extends along one of the oldest areas of Terni, there are significant remains of the Middle Ages period. In reality, both parts that open on both sides of this winding road - which partially retraces what was once the Roman cardo maximus - still show medieval characters. The beautiful church of San Lorenzo, which overlooks a pretty widening of the street, dates back to the 13th century but was then transformed in the 17th century. The current appearance is also due to an important restoration of the early twentieth century, carried out on a project by the architect Cesare Bazzani. The façade is distinguished by two trifurettes and a 15th century portal. Of the two naves, the one on the right belonged to the original church. Going beyond the arch in front of the church, you will discover the remains of tower houses and the Palace which was the residence of the powerful Castelli family (its construction dates back to the 14th-15th century). On all the buildings in this district, heavily damaged by the bombing of the Second World War, the striking Torre Dionisia or dei Castelli (remodeled in the 16th century) stands out, resting on other medieval buildings. Returning to the church of San Lorenzo, entering the maze of characteristic alleys, you find yourself inside another piece of medieval Terni. The Clai district, whose toponym seems to refer to the nail makers who had their artisan shops here, is perhaps the place that best preserves the atmosphere and appearance of that period, of which the narrow streets, the squares, the arches remainas well as the stone houses.