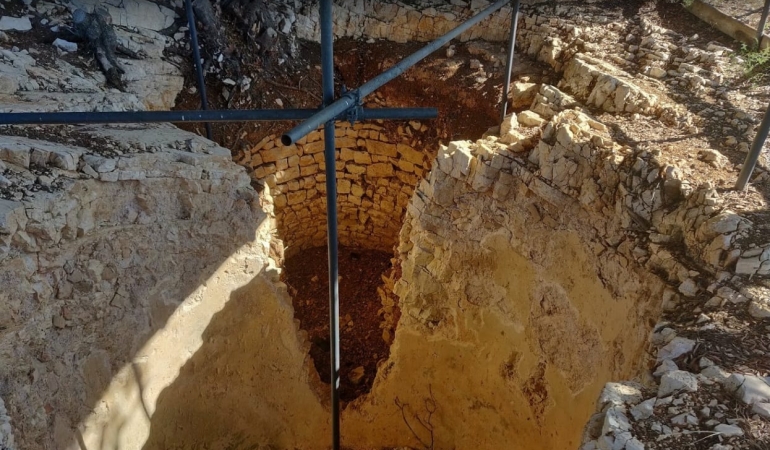 The Valnerina Terni is one of the most amazing areas in the Terni district as well as for its natural beauties and its ancient villages also for the numerous archaeological remains in the open that are preserved there, inheritance of a remote anthropization of this area. Climbing to the top of Mount MORO (696 m), in the territory of MONTEFRANCO, an ideal point to admire the stunning valley below, you will discover an archaeological area dating back to the Roman era, brought to light by excavations begun in 1998 and resumed in 2004. The finds consist of an environment that has not come down to us intact, which has part of the floor, and two cisterns (or silos) dug into the rock. Circular in shape, both cisterns are "coated": one with a layer of clay, the other the one considered chronologically later, with plaster. Some bronze votive objects unearthed by the excavations and datable between the 5th and 4th centuries BC. are evidence that the place hosted a sanctuary, and therefore can be numbered among hilltop sacred sites lying in the territory around Terni before the Romanization. Probably over the centuries, the area served a different purpose than the original religious one.