From Mount Torre Maggiore to Carsulae 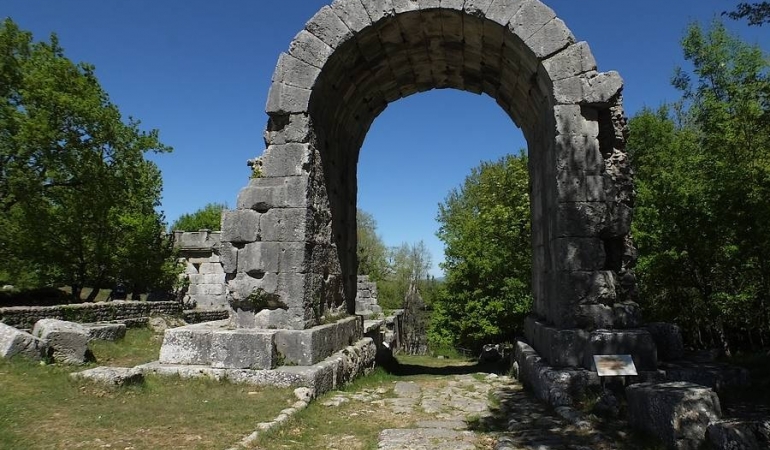 Starting from the upper part of the village of Cesi, you can follow an archaeological route; the trail leads to Mt. Torre Maggiore (elev.1120 m). Here stand the remains of two Umbrian temples, the older of which dates from the 6th century BC while the other is from the 2nd-1st century BC.

This spot commands a breathtaking view: have a rest and enjoy the superb landscape !

Then resume hiking heading to the archaeological site of CARSULAE

Carsulae was a thriving roman town located on the western branch of the Via Flaminia Antica, whose wealth mainly relied on trade. The highest period in its history was between the end of the 1st century BC  and throughout the 1st century AD, when most of its fine buildings, which are still visible, were constructed. Among them is the outstanding Arch of San Damiano which marked the north edge of the stretch of Via Flaminia crossing the town.

You can also get to the archaeological area of Carsulae by car.  For more info, please visit the dedicated web site  carsulae.site

The path ends at Scoppio, a village located in the surroundings of Acquasparta, which offers a beautiful view over the Spoleto valley.

The village of Portaria

When in August 1499 Lucrezia Borgia,accompanied by her court,arrived at the Castle of Portaria wa...

The last appointment for the month of July with 65 Marmore Falls, is a suggestive trek that runs ...

The project of the Controvento Sounds Festival involves the entire north-eastern Umbrian Apennine...

We report an interesting day dedicated to trekking, although not strictly linked to the Terni are...