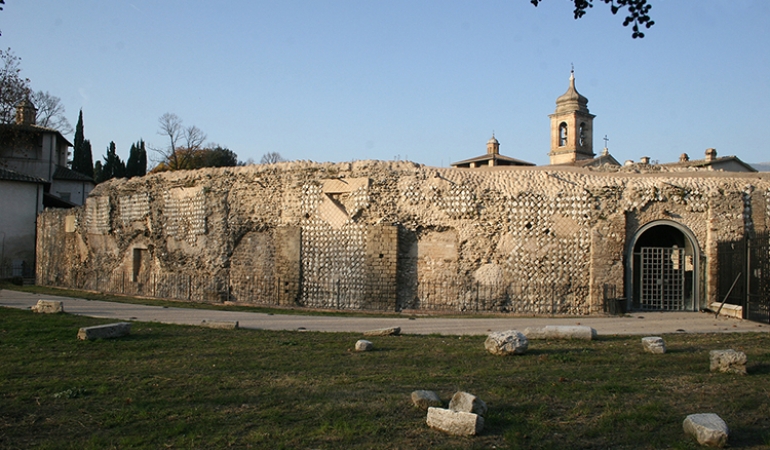 The town of Terni, called Interamna Nahars in Roman times, town between two rivers, like many other municipalities was monumentalized starting from the Augustan Age and within the 1st cent. A.D. reached its richest and most refined heights.
The urban area was delimited by an opus quadratum wall, still partially visible between Via Giannelli and Via delle Mura, with four entrance gates.

Via Flaminia crossed the urban centre constituting the “cardo maximus” (the current Via Roma–Corso Vecchio axis) that crossed the “decumanus maximus” (Via Garibaldi–Via Cavour) at today’s Repubblica Square, the ancient forum of the Roman town. Inside the two main axes, neighbourhoods and roads developed and the main monuments rose up, of which the amphitheatre in opus reticulatum is the only one partially intact and visible.
There are also traces of spas, temples, dwellings and a theatre, of which Latin actors mention its existence through various inscriptions preserved in the Archaeological Civic Museum.