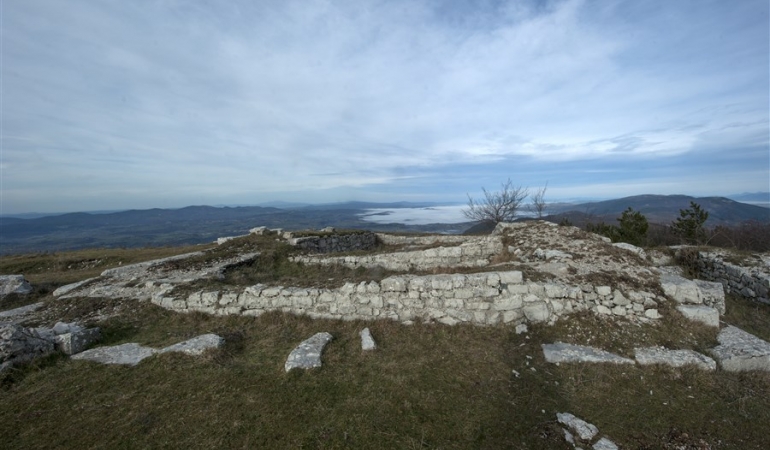 Sant’Erasmo and Mount Torre Maggiore are two major archaeological sites in the Terni area.  The walk path to reach these two places starts from the upper part of the village of Cesi (elev.437m).  This hill hamlet (nearly a10 km- drive from Terni)  lies on the slopes  of Mt Eolo and commands a wonderful view over the underneath valley.

The trail, which winds along the southernmost offshoots of Mounts Martani, offers superb scenery.

When you arrive on the plateau of Sant’Erasmo, you will be drawn to the remains of polygonal walls dating back to the VI-V centuries  B.C.  They surrounded an Umbrian settlement.   Closer to the summit, stands  the small church of Sant’Erasmo, built in the 12th century.  At Sant’Erasmo there is also an Astronomical Observatory.

Keeping on walking, another trail leads you as far as Mt Torre Maggiore (1120m), the hightest in the Terni territory.  From this spot, you catch a stunning view over beautiful expanses of Terni and its surroundings.

Moreover, the place keeps outstanding remains of two temples, the older of which is from the VI century B.C.  This area used to be an Umbrian sacred site.  The excavations dug up lots of votive objects, which are on permanent display at the Museo Archeologico of Terni.