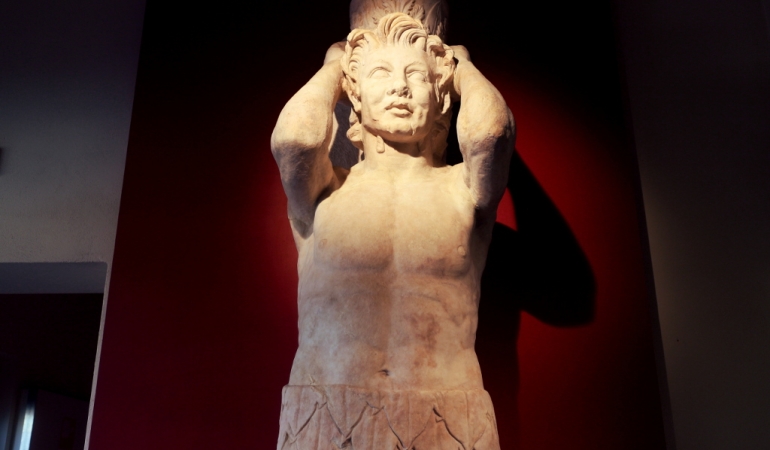 The fine and huge statue of TELAMON “welcomes” you at the entrance hall of the Archaeological Museum of Terni (at CAOS  Art Centre). This colossal sculpture was found accidentally in 1971, in an area not far from the old town while some road works were being carried out.

But what is a Telamon?  It is a man figure sculpture which serves as a support to architectural structures  such as architrave and loggia.  The Telamon brought to light in Terni is from Roman Imperial Age, though it has not yet been dated. It is made of fine marble coming from mount Pentelic (near Athens) and this is one of the reasons for its high value.  The other name for Telamon is Atlas,named after the mythical Greek giant forced to bear the sky on his shoulders.

The Telamon provides new and valuable evidence of the ancient history of Terni, which the visitor to the Archaeological Museum can discover through the exhibits on display many of which belong to pre-Roman civilizations while most of them date from the Roman period.