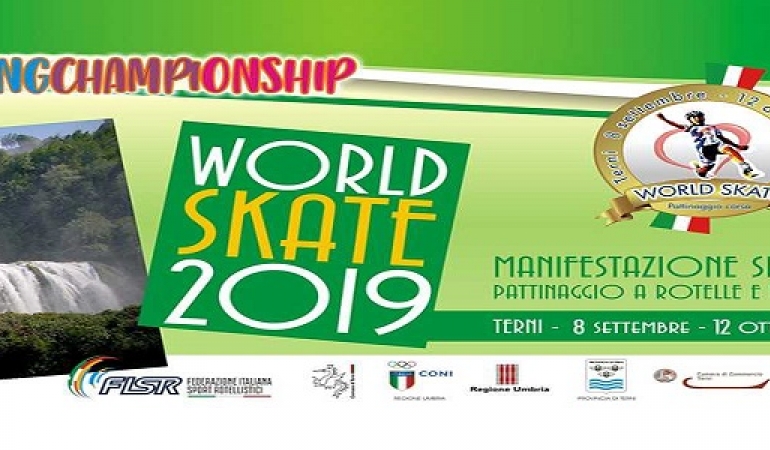 Terni will be the protagonist of an important sport event dedicated to roller skating and not only that will take place both in the city and in the charming village of Piediluco.
The event, which includes the participation of over seven hundred athletes from all over Italy involving a thousand students, will start on Sunday 8 September with an appointment in Piediliuco at 8.00 pm. At the "Baraonda", the "Grand Gala of Sports Blue Night" will take place, with the participation of Samanta Togni. Massimiliano Rota (Olympic four-man bobsleigh), Lucia Lucarini (silver and bronze medals at European and world fencing junior, in saber), Marta Mei (world champion of Nordic skiing Special Olympics) and Francesco Pragliola (Italian champion and Grand Prix champion of Judo) will be awarded.
On 14-15 and 16 September at the Swimming Pools of the Stadium the Wellness Association “Beyond the network” offers conferences on food and sport, promotional activity for skating, urban walking.
On 21 and 22 September the races of the UISP National Race Skating Championship and the National Memorial Trophy "Pioli Memorial" will be held in the "Renato Perona" cyclopatt circuit, with the participation of about 300 athletes from all over Italy.
On 3-4 and 5 October "Sports Festival in the square" in the multi-purpose facility in Via Irma Bandiera, in the Polisportiva Boccaporco and in the San Valentino Sporting Club with the participation of the students of the primary schools "Matteotti" and "Le Grazie" and the all-inclusive institute "Marconi".
The figure skating will be the protagonist on October 11th and 12th with the Acsi Città di Terni National Trophy, a competition that will take place again in the plants of via Irma Bandiera and San Valentino Sporting Club with the participation of over 400 athletes representing a large number of Italian regions.
The World Skate event will end with the Gran Gala of figure skating, a magical evening of music, colors and evocative atmosphere in the multifunctional space of Via Irma Bandiera.

Event organized and promoted by the Skating Championchip, flanked by sport associations such as Uisp and ACSI, for competitive events.