The former Monastery of Santa Cecilia 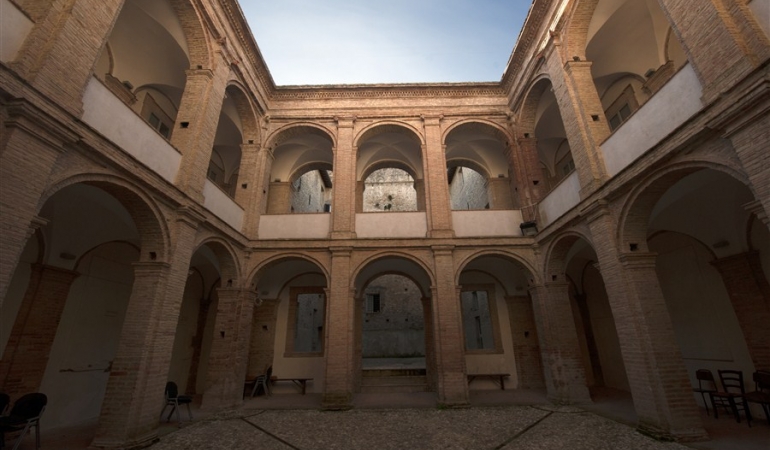 Among the valuable buildings that make the hilltop village of Collescipoli a treasure trove of architectural beauty, there is the complex of the former Monastery of Santa Cecilia, whose massive bulk occupies a space between the two main roads of the historic center - via Villa Glori and corso of the Garibaldini. Built in the early 17th century for a community of nuns under the rule of St. Augustine and subsequently enlarged, the monastic building has a beautiful square cloister surrounded by a double order of arches. The church of the same name overlooking via Villa Glori with its elegant portal, was annexed to it. This holy place dates back to the second half of the 1600s. Since in the last decade of the eighteenth century the convent housed few nuns, in 1797 it was suppressed and the property acquired by the bishop's mensa of Narni, which handed over a part of it to the Maestre Pie as a school for girls. After the suppression of the religious corporations, the Municipality of Collescipoli in 1879 (at that time it had not yet been aggregated to that of Terni) decided to make it the seat of the state elementary school,serving this purpose until the mid-sixties of the last century. The first major restoration of the building dates back to 1915, funded by the diocese of Terni and Narni. The most recent renovation and redevelopment works have made it usable again, thanks above all to the cloister, a fascinating setting for concerts and cultural activities.