The gorges of the Nera River Park 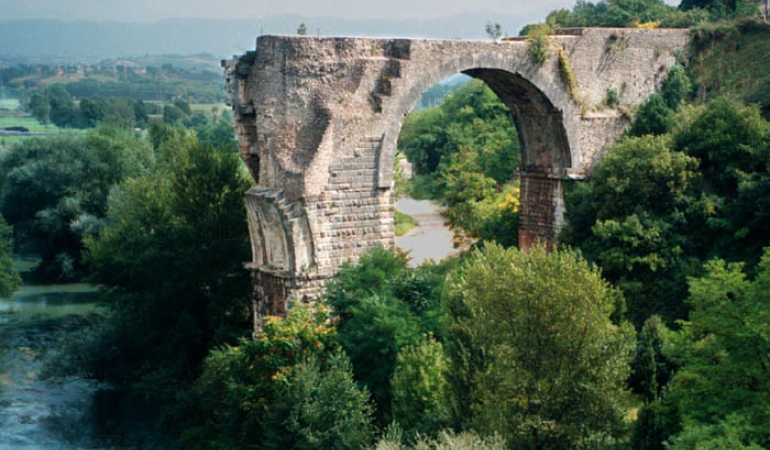 The gorges of the Nera River Park is an astonishing natural area rich in woods in the Narni area. Apart from its naturalistic importance, the Park boasts archaeological remains of great value. The Nera river enters this territory, where it flows between high and rocky walls below the city of Narni, after having crossed Terni. Inside the park, along the river, there is an easy path that follows the route of the disused railway. The itinerary, suitable for excursions on foot, by mountain bike and on horseback, leads to the discovery of the beauties of the area. The first wonder you encounter is the Augustus Bridge (27aC.) Of this Roman era masterpiece that crossed the Nera, there remain support pillars and a large arch. The Bridge of Augustus is also one of the stops on the itinerary of the "Diffuse Museum of the Plenarians". Some installations show reproductions of paintings of the bridge made "en plein air" by painters of the Grand Tour. Above, from the slopes of Mount Santa Croce, the suggestive Benedictine abbey of San Cassino (10th century) appears. In the caves hidden in the woods of the mountain many hermits lived in the medieval period. Continuing the path in the middle of nature, we arrive at “Stifone”, where you can see the remains of the Roman port, which was strategic for commercial traffic with Rome, and of the shipyard. The airport was used until the 18th century. The ecological oasis of Lake San Liberato is of important environmental value (it can be reached by continuing after the Roman port) as it is a resting place for many migratory ornithological species.