The Sanctuary of the Madonna del Ponte 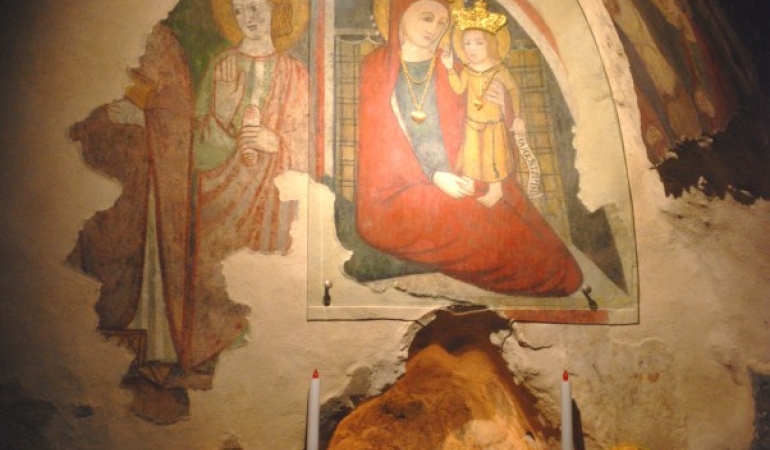 The Sanctuary of the Madonna del Ponte was built to honour the fervent popular devotion to the image of the Madonna portrayed on the inner wall of a cave near the Augustus Bridge,at Narni Scalo. Accidentally discovered in 1714, the painting, datable to the 12th century, was probably part of the decoration of a rupestrian votive chapel. Over time, landslides and lack of maintenance - especially resulting from the decay of the Via Flaminia - made the entrance to the cave inaccessible, so the sacred place was no longer frequented. The rediscovery of the sacred image was associated with the various miracles that occurred in a short time among the local community. Since the cave became a pilgrimage destination, where devotees of different origins went to offer ex voto, the citizens of Narni wanted a sanctuary to be built there. Designed by the architect Giovannini, it was completed in 1722 and consecrated in 1728 as the "Sanctuary of the Madonna del Ponte", which has become the most important of the Marian sanctuaries in southern Umbria. The eighteenth-century building, whose façade is a remake of the middle of the last century, has incorporated the cave in which the frescoes have been preserved. Probably commissioned by the monks of the nearby Abbey of San Cassiano during the 12th century, they depict various figures of saints on which the painting of the Madonna and Child stands out, seeming to look towards those who get inside.