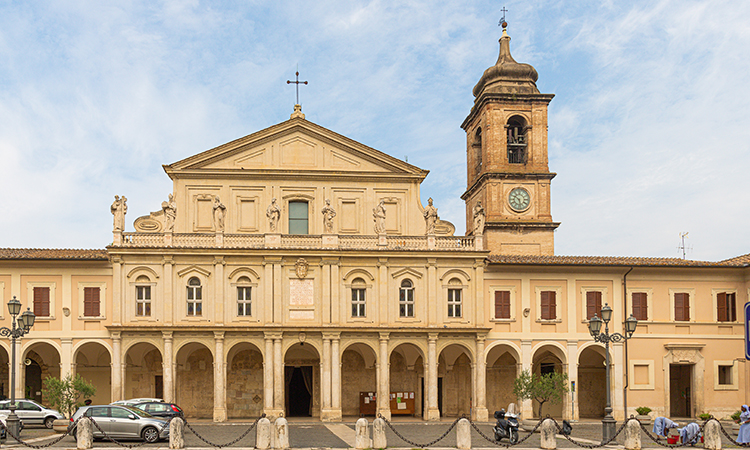 The Cathedral of Terni is dedicated to Santa Maria Assunta and its actual appearance is the result of the reconstruction works carried out between the XVIthand XVIIthcenturies. A local tradition attributes the project to Gian Lorenzo Bernini. The original nucleus of the Church originated from the burial place of Bishop Sant'Anastasio, and its foundations can be seen from above a glass floor.

At first, it was a Romanesque style basilica with three naves, of which there are very few remains, like the central portal and the walls under the porch. In mid-16thcentury a radical reconstruction of the Church was promoted in order to transform it into a basilica. Sebastiano Flori, an apprentice of Vasari’s, designed a larger three-aisle church with a large transept and dome at the intersection of the cross vault.

The work lasted for over a century and ended in the mid-17thcentury, during the episcopate of Cardinal Rapaccioli, who had the elegant front porch completed. Inside, among the notable artworks we can admire the monumental organ, whose design is attributed to Bernini and the altar in polychrome marble, built in the 18thcentury on drawings by Carlo Murena, an apprentice of Vanvitelli’s.