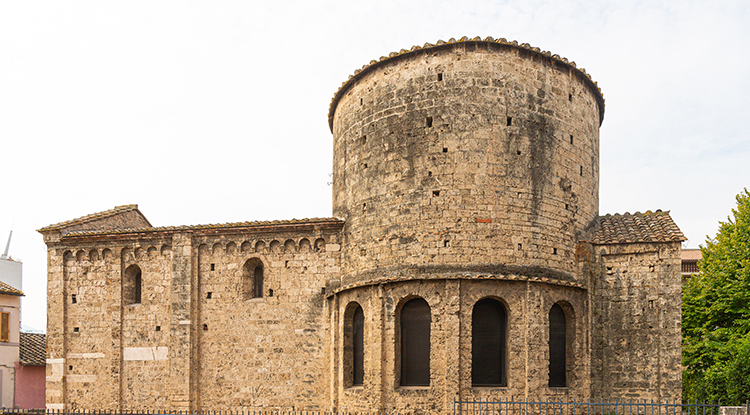 The church of San Salvatore, located in the small homonymous square, is a short distance from Palazzo Spada, the Town Hall of Terni. It is one of the oldest religious buildings in Terni, certainly the most impressive, whose origins date back to the early Middle Ages. Archaeological excavations carried out in the area have brought to light the remains of a Roman domus, on which the church was built. An ancient tradition says that a temple dedicated to the Sun rose in this place, while it was thought that it could originally have been a mausoleum, or a baptistery or an oratory.

Even the dating varies a lot, ranging from the 7th century to the 10th century.

Some historians identify the building with the oratory of San Salvatore, which was attached to a church of St. Peter’s. Currently the building consists of several parts which is the result of subsequent enlargements. In Roman times, a short nave with two bays was added to the round room. Then in the 14th century the Chapel Manassei was built and in the 17th century the Chapel Filerna was built. It is now used as a sacristy. The very suggestive interior preserves several collections of frescoes.