The Tower of Miranda 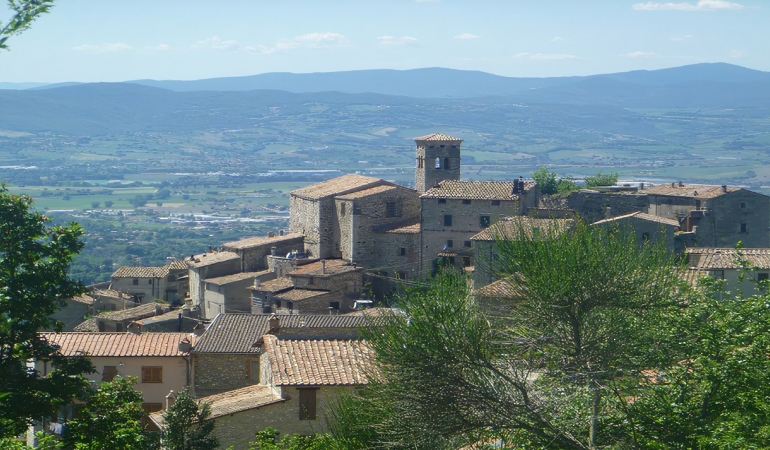 To discover a magnificent view of the Terni valley, also enjoying an extended glance encompassing the Nera valley, the Piediluco lake and part of the Rieti area, you can go up to the highest part of the village of Miranda, which stands on a heights at almost 600 meters surrounded by green woods. The dominance  of the surrounding territory from this position meant that a watchtower was built there already in the early Middle Ages, a strategically important garrison above all for the control of the road system. On the other hand, the characteristic of the place that offers a wide view all around, is also suggested by the toponym, which according to tradition derives from "miranda est" that is "to be admired, to be admired", certainly hinting at the natural beauty of the area . The village still maintains its medieval castle layout of which only a stretch of the surrounding walls remain as well as the main entrance door with the effigy of the dragon, Terni's coat of arms, and the pentagonal tower overlooking the town. This was part of the keep of the Rocca dating back to the early Middle Ages and renovated between the fifteenth and sixteenth centuries. Over the centuries it served as the cistern for the aqueduct that supplied water to the local community. The recent works for the restoration of the fortress involved a preliminary emptying of the tower, making the floor, the altar and fragments of the frescoes of a church- probably that of Santa Maria-, "reappear". In one of the paintings, we see the Child and parts of the images of the Madonna and St. Joseph, which most likely made up a representation of the Nativity dating from the end of the 16th century.