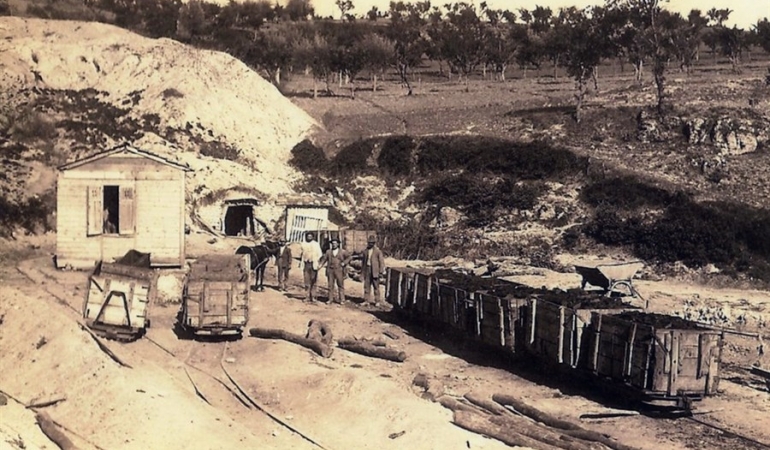 Located between Polino and Piediluco, at an altitude of 700 meters, the village of Buoncquisto (a hamlet in the municipality of Arrone) is frequented by hikers who follow the suggestive nature trails that cross this area. In this place, which today has less than a hundred residents, between the twenties and the late fifties of the last century workers arrived from different regions of Italy attracted by the flourishing activity of lignite mining, which began shortly after the deposit was discovered by chance. The exploitation of the lignite layers on the surface was soon followed by works for the construction of the first tunnels. The development of the activity involved the construction of the route for a Decauville railway to transport fuel from the excavation area, which replaced the one carried out in the early years with mules. After the Second World War, with the gradual decrease in the use of lignite, the related mining activity ceased throughout the national territory, resulting in the closure of the Buoncquisto mine in 1957. To recover and enhance the evidence relating to this part of local economic and social history, the "Mining Park" was set up, with an educational path that includes the areas of open-air cultivation, the entrances to the mines, the farmhouse where foreignminers were staying, quarries and the railway line. The village has a medieval core probably dating back to the late 9th century, whose fortification was built around the 12th century. The curious toponym seems to derive from the ironic comment made by one of the soldiers who conquered this Castle - originally called Tercono - who, realizing that it was a very poor place, said: "we made un buon acquisto (a good purchase)!" And with this new name the Castle during the fourteenth century became a domains of Spoleto, regaining its autonomy from this city in 1519 with the "Statuta Castra Bonacquisti". It maintained part of its autonomy when it was a member of the Municipality of Arrone, to which it was definitively aggregated after the birth of the Kingdom of Italy. In the historic centre next to the castle gate is the church dedicated to the patron saint, San Venanzio, who is depicted in the fresco, together with the Madonna and Child and St. Mary Magdalene, above the entrance. The original Romanesque building was remodelled and decorated during the 16th  century.