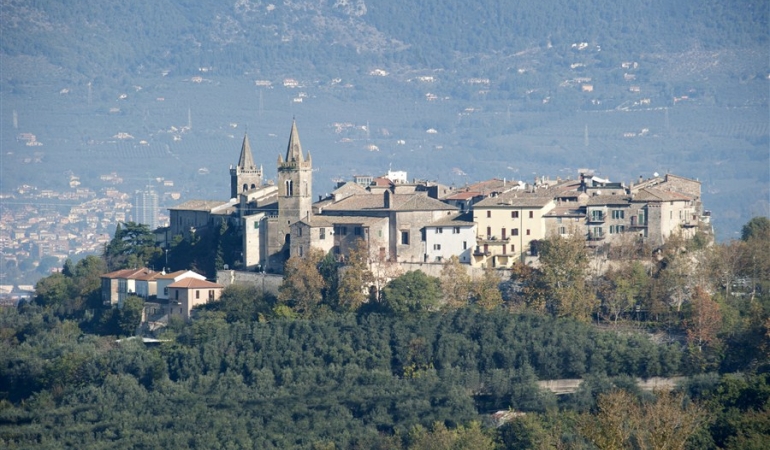 Collescipoli is a lovely village on the top of a hill overlooking the Terni valley. To get there, you have to make a detour off the SS3 Via Flaminia. Two tall steeples stand as a landmark.

As driving up there, you will notice this small town is surrounded by walls, which date back to the Middle Age.  Access to the inside is through two gateways - Porta Ternana to the north and Porta Sabina to the south.  It is rich in remarkable noble buildings dating from the 16th to the 18th centuries such as Palazzo Ungari, Palazzo Catucci and Palazzo Genga;  but it also boasts elegant churches like San Nicolò (11th century) and Collegiata Santa Maria,tracing backto the 12th century (both of them have a beautiful steeple). The latter contains fine paintings including “Madonna of Rosary” by Pomarancio.

Anyway, the most valuable item kept in the Collegiata is the ORGAN  HERMANS,  named after the artist who made it in the second half of the XVIIth century.  It is one of the few models by the same organ maker which are left in Europe. It was restored in 1995 and since an organ music festival ( Hermans Festival ) has been held in Collescipoli every year.