The Cathedral of Terni 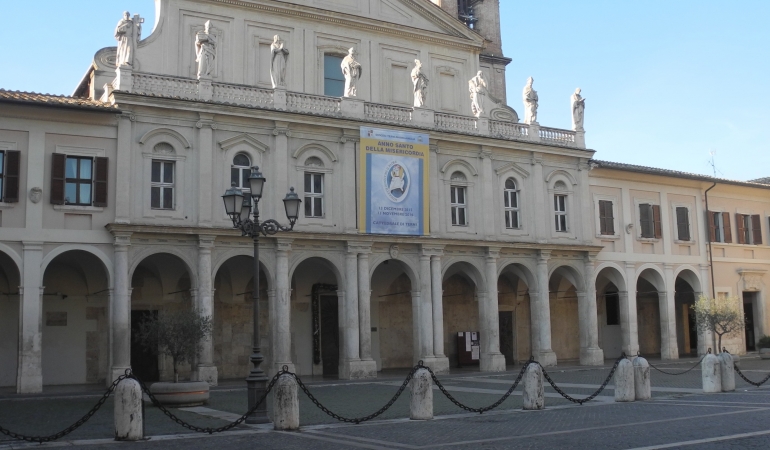 The cathedral of Terni, dedicated to Santa Maria Assunta, overlooks the delightful Piazza del Duomo, a few steps from the Roman amphitheater. The building as we know it results from the transformations and renovations that underwent the primitive church over the centuries. This was built next to the sepulcher of Sant'Anastasio, bishop of Terni between the sixth and seventh centuries (some remains of the chapel of the saint remain in the floor of the portico), a period in which Santa Maria Interamnes dates back, whose structures, together with those of the 11th century, they can be seen in the crypt. In this environment the remains of Saint Anastasio are kept. Few elements survive of the 12th century Romanesque cathedral, for whose portico stripping columns were used, part of which inserted in the present one. The magnificent main portal, decorated with acanthus scrolls and animal figures, belonged to this construction. The other portal that bears refined ornaments including vine shoots dates back to 1439. From the mid-1500s the cathedral underwent extensive reworking based on a project by Sebastiano Flori, a pupil of Giorgio Vasari, which determined its expansion which also included the construction of new chapels. The profound building restructuring continued until the mid-1600s: the new portico preceding the facade and the overlying loggia- where at the end of the thirties of the last century were placed some statues sculpted by Corrado Vigni- is from the latter period.  Vigni also created the beautiful fountain on the other side of the square. The interior, which has a basilica plan with three naves, maintains the seventeenth-century architectural structure and houses remarkable works of art. The pictorial ones include a table by Livio Agrestri (mid 16th century), a canvas by Francesco Cincinnato (17th century) - both on the internal façade - and the frescoes decorating the apse, with the "Madonna assumed into heaven" in the center (late ' 500) and in the basin the majestic “Trinity” frescoed by Liborio Coccetti (late 18th century). Of great value is the high altar made of polychrome marble in 1762 above which is the precious tabernacle that houses the Relic of the Most Precious Blood donated to the cathedral by Cardinal Rapaccioli in 1653. The organ, a seventeenth-century creation by Luca Neri is a finely decorated  artwork with racemes of a tree that envelop the reeds. Moving to the Cortile dei Vescovi, next to the cathedral, you can scroll through the list of prelates of the Terni diocese engraved in chronological order on fourteen steel plates. From this Cronotaxy we learn that San Valentino was a citizen of Terni.