The Hermitage of Polino 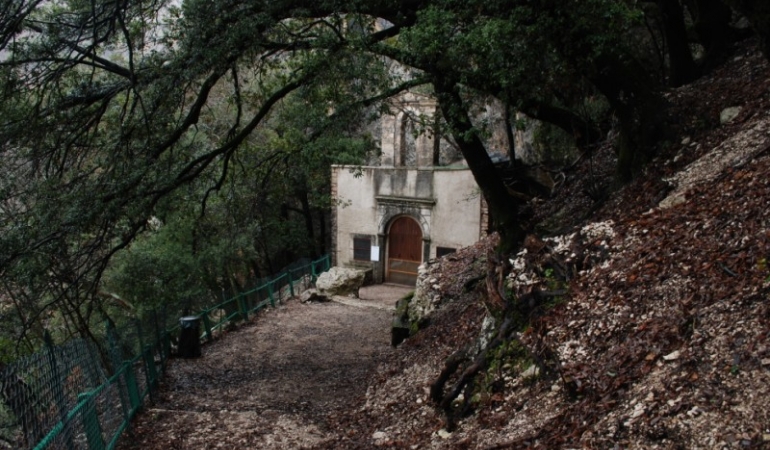 A cave at the bottom of the hill della Croce, near the village of Polino, houses a hermitage dating back to the 12th century consecrated to Saints Antonio da Padova and Antonio Abate. It can be reached via a path that starts from the small square of the hamlet and follows the route of an old mule track, winding through an area full of holm oaks. The place of worship, whose position allows you to enjoy a fine view of village of Polino, perched at over 800 meters from the opposite side, is preceded by a 16th century facade characterized by a small bell gable. After passing the entrance portal, you enter the small church with a barrel vault and a niche where the statue of Saint Anthony of Padua is placed, above which is the coat of arms of Polino of which the Saint is the protector.  Behind is a small cave that has fragments of sacred paintings frescoed on the walls; among these stands Sant’Antonio Abate. The Egyptian anchorite is also represented in the statue made in the seventeenth century that is exhibited there and also venerated by the local community. On the occasion of the celebrations in honour of the two Saints, - on January 17 and June 13 - a precession starts from the village church that reaches the hermitage dedicated to them. It is tradition to bathe oneself with the water that drips from the rock for its supposed beneficial properties