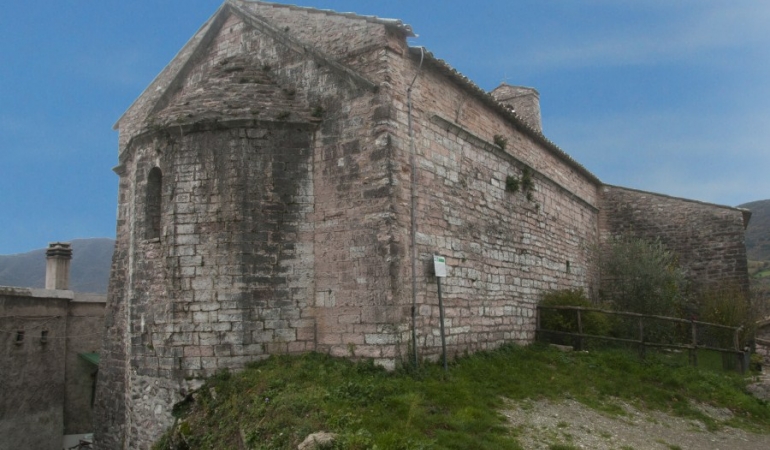 Polenaco, is a small hilltop village nestled between the mountains and woods of the Valle del Serra. This settlement developed during the fourteenth century around the pre-existing church of Sant'Apollinare, so much so that the previous toponym was Appolinaco, deriving from Villa Sancti Apollinaris as the place is related to in a few medieval documents. Like the other neighbouring villages, it was part of the Arnolfe lands, an extensive fiefdom that in 1093 it passed to the Papal State. The income register of the Apostolic Chamber notes that in 1332 Polenaco contributed with the payment of the focatico tax for 24 households and had about 120 inhabitants, a number that will decrease over the following centuries, contributing to the transformation of the hamlet into a rural settlement. The church remains from the medieval period, albeit significantly remodeled : the original structure of Sant'Apollinare from the 13th-14th centuries had a barrel roof which in the second half of the 18th century was replaced with a trussed roof while retaining the semicircular shape of the apse inside and polygonal outside. Some fragments of paintings remain on the interior walls.

Over the course of its history, the fifteenth-century Palazzo Mazzancolli, overlooking via Cavour...

The most awaited sporting event in the city of Terni is approaching. The San Valentino marathon, ...

Terni continues to shine after Christmas with romantic artist lights to kick off the most importa...