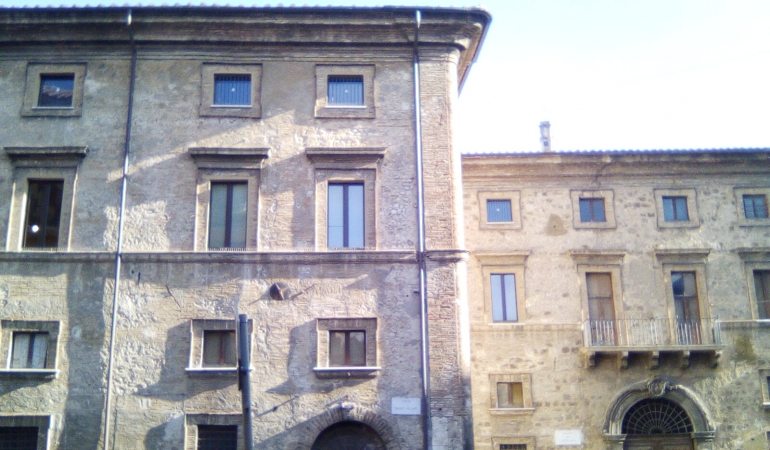 The mighty bulk of Palazzo Carrara, for a long time the residence of the homonymous family, one of the most distinguished of Terni in past centuries, is the result of the conflation of several buildings, some of which were built in the second half of the fourteenth century by Francesco Carrara. The cornice of the façade presents the decoration of the sixteenth century with the coats of arms of the Carrara - rampant lions and towers - and geometric motifs. The first major renovation of the complex dates back to the 17th century, which was followed by the decoration of the rooms on the main floor by Girolamo Troppa (second half of the 1600s). The other renovation was carried out after the building was acquired by the Municipality (1712) to use it as the municipal seat. In more recent times the complex has also housed the municipal library and the district prison. After the last restoration a few years ago, a part of the building houses some offices of the Municipality of Terni. The most beautiful halls are that of "Apollo and Daphne" and the one with the large fresco by Cornelio Tacito, which was dedicated to the memory of Professor Vicenzo Pirro. In addition to the myth of Apollo and Daphne, Jupiter and Fame are represented in the same hall and, in the center of the vault, the Chariot of the Sun and the Allegory of the Seasons. Heavily damaged by the bombings of the second world war , this hall was repainted in the late 1950s by the painter Guido Mirimao. Subsequently, the frescoes in the “Tacito” hall also underwent extensive restoration.